Listen at anchor.fm/inbedwithshauna or get the Anchor App 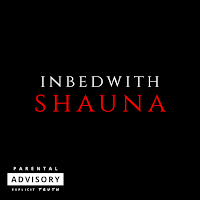 Hey Bitches, welcome to my new podcast. I have no clue how to do this but you have to learn somehow. So here we go...

I've been completely obsessed with The Joe Rogan Experience podcast over the last few months. This guy just sits in his studio and had people from all over come and talk to him for hours. I want that job but with a sexual twist to it of course.


The name In Bed With Shauna come from the Madonna movie Truth or Dare. The movie's European release was titled In Bed With Madonna. As a huge Madonna fan, the name has always stuck with me. I also got to thinking that would be a good name since I am actually sitting in bed recording the podcast and would eventually like it if I could have friends come over and sit in bed and have conversations. Is that weird? There's also a sexual tone to it that of course I like not to mention another use of the phrase "In Bed With The Enemy" or That company is "in bed" with that company. There's a lot of people I want to be in bed with. Figuratively of course. (for the most part)

So I turned 40. I'm not going to get into that here. If you want to know how I feel about it you can read my previous post.

The crazy mess of the non binary transgender:

Gender  -
a : sex the feminine gender


b : the behavioral, cultural, or psychological traits typically associated with one sex

: either of the two major forms of individuals that occur in many species and that are distinguished respectively as female or male especially on the basis of their reproductive organs and structures

: the sum of the structural, functional, and behavioral characteristics of organisms that are involved in reproduction marked by the union of gametes and that distinguish males and females
Source -
https://www.merriam-webster.com/

Why do we say gender not sex? Because a long time ago people were very uptight and didn't think it was appropriate to say sex let a lone write it on forms. 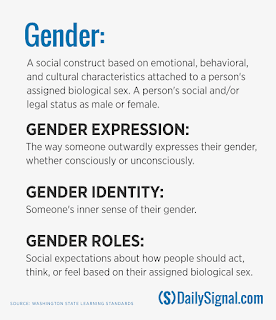 If you don't believe me that this is our of control, take a look at this:


What Each of Facebook’s 51 New Gender Options Means

'Peegasms' Is the Latest Sex Trend: Here's How Holding on to Urine for Orgasm Can Cause Infection and Damage Your Kidneys